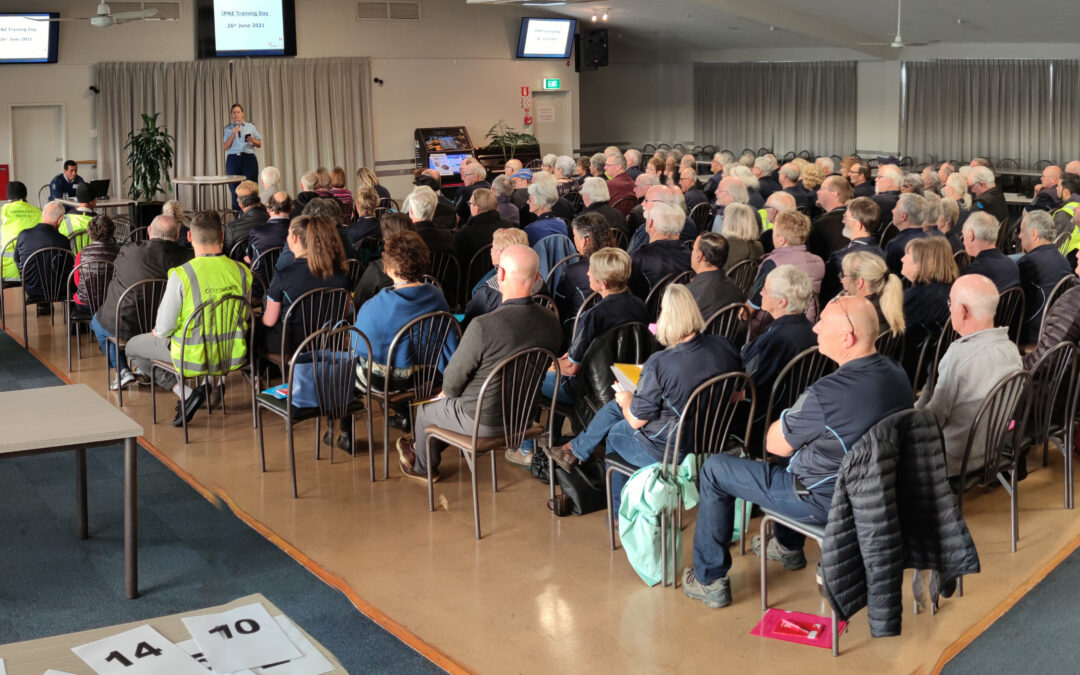 The following was written by CPNZ Trust Board Chairperson, Chris Lawton

A huge thank you to the Tauranga South Community Patrol (TSCP) for setting up the training day. Patrol Leader Maureen Kathan and Senior Constable Leanne Fairburn led the training ably assisted by seven Police Liaison Officers from around the Bay of Plenty district. The day comprised scenarios on TENR, the risk management process, radio procedure and much more. The attendance by the PLOs says much for the relationship between CPNZ and the Police.

Kathy Wright, Patroller and health and safety officer with TSCP, presented on the value of ‘community’ when responding to incidents. Kathy, who is working on her Master’s degree in Emergency Management, said “The first to respond in any event are people from the community. For instance, the Whakaari White Island eruption, the Canterbury floods, and we have all seen the student and farmer ‘armies’ that assisted in the Christchurch earthquake response. CPNZ was at the forefront when the township of Edgecomb was hit by flooding in 2017 and also at Christchurch, and other events. Early versions of the government response plans omitted ‘Community’ but it is now firmly embedded in the response doctrine.” Kathy, who has worked with DPMC on CIMS matters gives this the big thumbs up. “CPNZ Patrollers are at the forefront of possible events, we have a command structure, radios, vehicles and a relationship with Police.”

The District Support Team Leader Dave Reader noted that nearly all Patrols in the district were represented with over 140 Patrollers in attendance. Maureen Kathan thanked the CPNZ Chair Chris Lawton for attending the event and the Trust Board for assisting with funds. 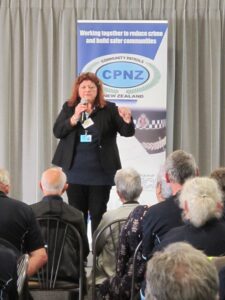 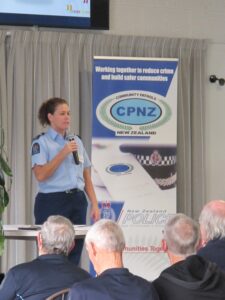