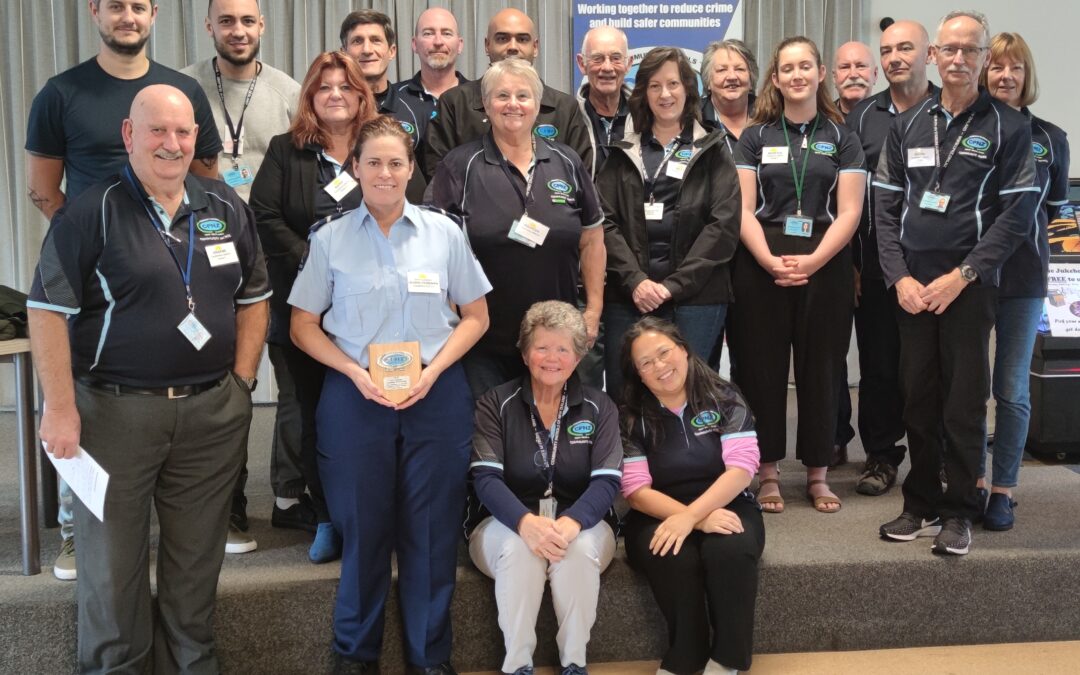 Graeme Mills of the Tauranga South Community Patrol was awarded the CPNZ Gold Shield recently. Graeme has served as a Patrol Leader for many years, standing down last year. He was appointed as the representative for the Bay of Plenty district years ago and is currently serving the District Support Team as the District Training Officer. 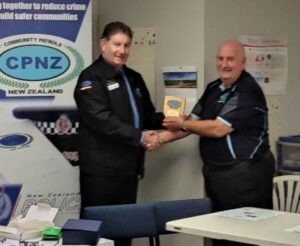 There is almost nothing that Graeme doesn’t know about patrolling, and in particular, about arranging funding. Graeme is responsible for a funding program that now supports the Western BOP Patrols immensely. Graeme, and the Tauranga South Community Patrol, also developed and ran the 2013 National Training Seminar (NTS). Graeme has been ably supported by his wife Debbie, also a Patroller, and by a fantastic group of volunteers from the Patrol. On a national level, which is a requirement for the Gold Shield, Graeme has been deeply involved in setting up and supporting the Safer Plates programme, a fantastic crime prevention initiative that is run nationally by many Patrols.

Working as the Police Liaison Officer (PLO) for the Tauranga South Community Patrol (TSCP) since 2008, Snr Constable Leanne Fairburn has been a key person for the Patrol. Leanne has been the driving force for Police Training days, which are effectively district training events for all Bay of Plenty Community Patrols. She also works with the Western Bay of Plenty cluster group – advising, meeting and training the new PLOs who have come on board for Patrols. 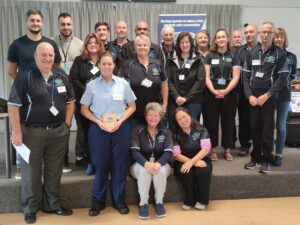 TSCP Patrol leader Maureen Kathan says “She is a treasure, always on hand for advice, she attends our extra events such as Safer Plates, makes sure we are taken care of within the Tauranga South police station and that new police are aware of who we are. She sets up morning teas in the station so that we can all meet together and get to know the staff there. Regular taskings are given to the Patrol and updates on new ‘hot areas as well’. Endless support is received from her and without her we would not be as successful as we are.” The shield was awarded by Tauranga South Patrol Leader, Maureen Kathan, and Chris Lawton, CPNZ Trust Board Chairperson.

All words in this article are credited to CPNZ Trust Board Chairperson, Chris Lawton.