Meeting with the Minister of Police 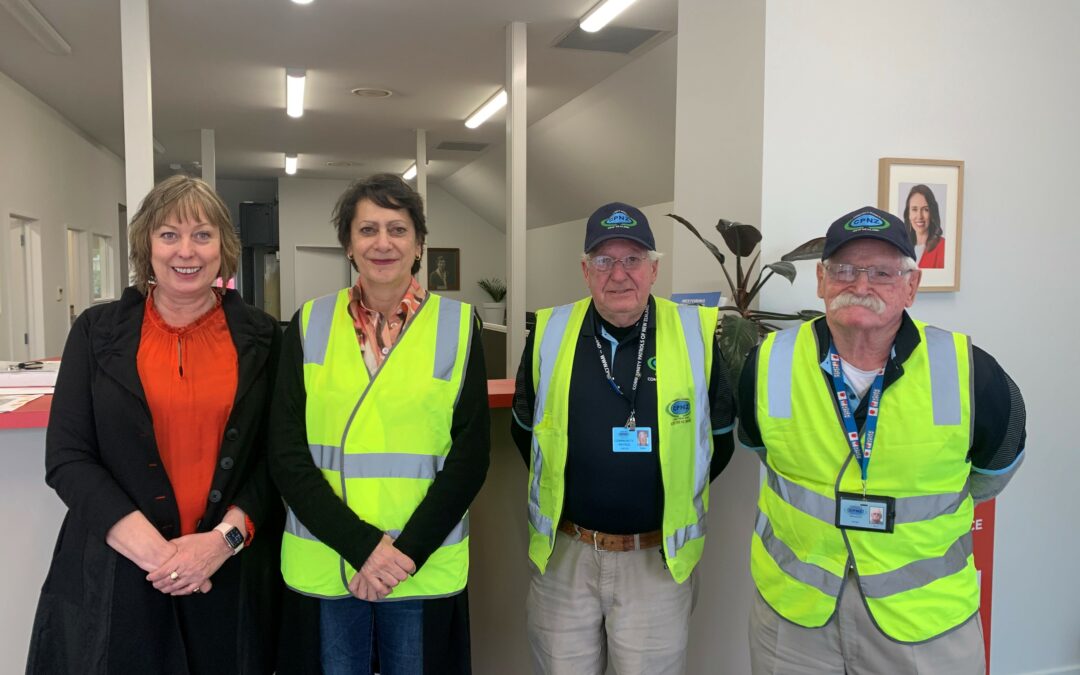 This article was contributed by City to Sumner Patrol Vice Chairman Allan Bain.

In early July I received a phone call from our local MP’s Secretary asking if the Minister of Police, Hon Poto Williams and the local MP, Tracey McLennan, could meet up and go out on a patrol. The Minister of Police has her electoral office within our patrol area at Eastgate Mall and I suspect we have been seen when parking up in the mall car park.

I was also asked if we could have a 15-minute meeting before going out on patrol. So, a meeting was set for July 19th at the local electoral office with a short patrol to follow around the local electorate, which is within our regular patrol area.

The meeting was attended by the Minister and her Secretary, our local MP, her secretary, myself, and our City to Sumner Patrol Committee member and Trainer, Ray King-Turner. The Minister seemed to have more than a working knowledge of the patrols in Christchurch, and we went on to discuss the co-operation from the police and how the patrols were working out in the greater Christchurch area. Also mentioned was the success of the Council Graffiti Programme. We also talked about how we raised funds to own our car and equipment autonomously from the Government.

At the end of the patrol, we returned to the electoral office where the photo below was taken.My feeling is that the meeting was a good chance to allow a local MP and the Minister to gain first-hand knowledge of community volunteer work in their patch.