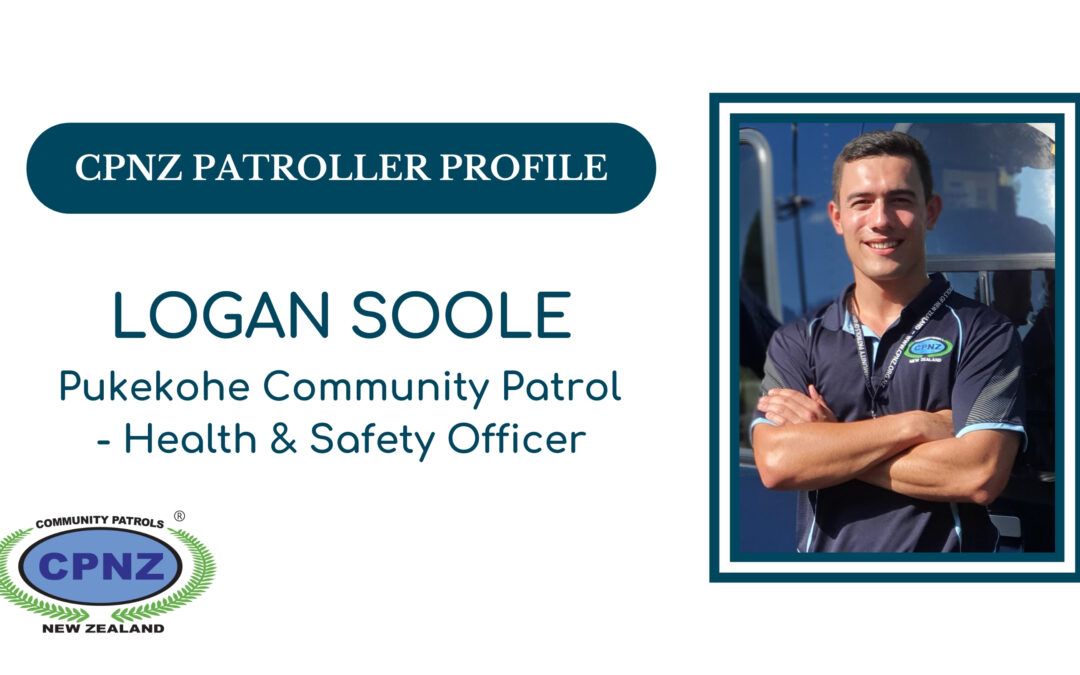 My name’s Logan and I am a member of the Pukekohe Community Patrol in the mighty South Auckland. I was brought up in West Auckland and moved to Pukekohe about six years ago.

I have a few jobs while not patrolling; I’m a member of the Franklin Local Board of Auckland Council and I work for BlueLiners Entertainment, an audio, lighting and events company.

I have a passion for my community, and it was ultimately this that drove me to join my local Community Patrol. Being a member of my Patrol allows me to do my bit in helping to keep the community safe.

I’ve been a member of our Patrol since 2018 and have been on the committee since 2019. I look after Health and Safety and help out in a training role. I also run the social media pages for our Patrol.

My various roles mean I am constantly out and about working with all sorts of people. I’ve also managed to ride along with local Police throughout Counties Manukau which has given me even more of an insight into the immense amount of work that is done to keep our communities safe.

This type of experience through patrolling has helped me identify suspicious activity, and not just on patrol. Recently, I called Police on a vehicle and its occupants that were acting erratically. While I was on the phone with Police, the occupants attempted to steal from a store and were apprehended shortly after. It turns out they were also wanted in connection with other offences as well.

I’d encourage anyone with some spare time who cares about their community to join their local Patrol – it’s pretty rewarding work and you will learn a lot!”