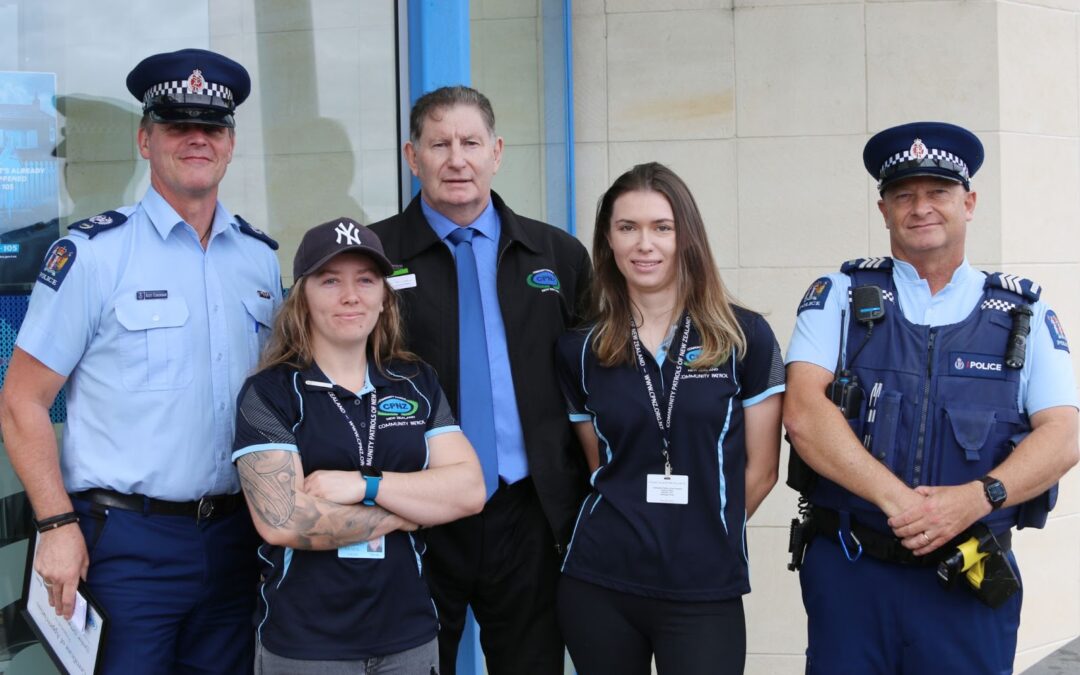 One of the ways Community Patrols of New Zealand supports the Police is to provide a platform that allows prospective ‘budding’ Police officers to work in the crime prevention field and gain an understanding of what policing communities is all about. This helps them maintain interest and gain knowledge while preparing themselves for the police testing regime.

It was my pleasure to meet two of them, Olivia Timmis and Jess Robertson, two active Patrollers with the North Harbour Community Patrol.

The relationship between Community Patrols of New Zealand and NZ Police has never been as strong as it is at the moment and it’s only growing because of the work being done by Patrollers as well as the support we are giving to potential recruits.

A few years with a local Community Patrol sets the scene well for those preparing themselves physically and mentally for the rigorous Police training. It is also a time to contemplate whether policing is the job they really want to do or not.

But the benefits to a Patrol by having these motivated, often younger Patrollers, should not be underestimated. Particularly once they are in the Police’s ranks, they will have an innate understanding of community patrolling.

The relationship we see in this photograph between CPNZ, Police, and a Community Patrol says a lot as to what our organisation does and how we support the communities.

This story was contributed by CPNZ Trust Board Chairperson Chris Lawton